The National Cadet Corps is the youth wing of the Armed Forces and can act as the nation’s second line of defense in emergencies voluntarily. The headquarter of this novel wing is situated in New Delhi in India. It is open to schools and colleges for the students on a voluntary basis. National Cadets Crops is the Try-Service Organization, comprising the Army, Navy and Air Wing, engaged the grooming the youth of the country into disciplined and patriotic citizens. The cadets are given basic military training with small arms drills and with other arms techniques. The Officers and Cadets have no liability for active military service once they complete their course. But cadets get a lot of advantages in recruitment if they want to join Armed Forces as an officer or a soldier. The NCC is a responsive learning and continuously evolving organization. It encourages cadets to have a sense of patriotic commitment, to contribute to national development, respect for diversities in religion, language, culture, ethnicity, lifestyle and habitat. The NCC provides opportunities to the youth of the country for their all-around development with a sense of duty, commitment, dedication, discipline and moral values so that they become able leaders and useful citizens. The NCC provides exposure to the cadets in aide range of activities with a distinct emphasis on social services and adventure Training.  The NCC is open to all regular students of the colleges on a voluntary basis.

The NCC in India was formed with the National Cadets Corps Act of 1948. The NCC can be considered as a successor of the University Officers Training Corps (UOTC) which was established by the British in 1942. During World War II the UOTC never came up to the expectations set by the British. This lead to the idea that some better schemes should be formed, which could train more young men in a better way, even during peace times. A committee headed by Pandit H.N Kunzru recommended a cadet organization to be established in schools and colleges at a national level. The National Cadet Corps Act was accepted by the Governor-General on 15th July 1948 and it came into existence in India actively.

The NCC unit running at our college is part of Army wings and it has been formed by Prof. Chittaranjan Ghosh Dastidar in 1967. After his successful term with Captain Rank, Prof. Narendra Prasad Nepal came into charge of NCC in 1993 and retired as Major Rankin 2016. After his effective tenure, I took over the responsibility of NCC and continuing NCC duty as Lieutenant Rank after being commissioned in 2017 from OTA (Officer Training Academy) Kamptee, Nagpur. So far our ‘D’ Coy (D company) NCC unit earned a lot of achievement and performed exceedingly well under the 16 Bengal Battalion. West Bengal and Sikkim Directorate. A good number of cadets got recruitment in armed Force after completion their training at our college NCC unit. We are very proud to say that an adequate number of cadets of our unit has participated and command our directorate in RDC Parade and achieved Governor Medal. Our cadets have also won trophies in different fields in NCC competitions such as Drill, Firing, and Weapon Training etc from time to time. One of our cadet SUO ( Senior Under Officer) Gulshan Kumar Singh was positioned in YEP ( Youth Exchange Program)   for his splendid performance in RDC in 2019 and visited Kyrgyzstan as a youth exchange program delegation which is regarded as the highest honour as an NCC cadet. Another cadet SUO Mahim Chettri has actively participated in Para Jump Camp in Army Airborne Training School, Agra in 2018. We have organized a number of social awareness and social activities such as Blood Donation Camp, Swatch Bharat Abhiyan, Cancer awareness and Anti-Drug Campaign,  Tree Plantation, Dengue Awareness, COVID-Sanitization program etc. Our college is honored by NCC activities and also extended all required essential support for the betterment of our ‘D’ company. 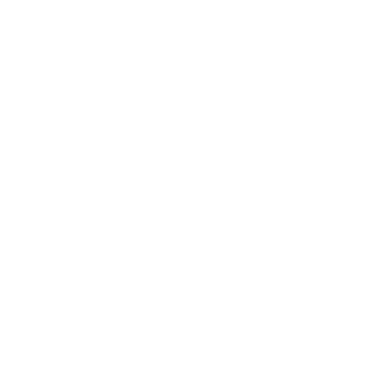